Smartphones are everywhere — yet most people don’t consciously think about when, how and why they are using their smartphones. If you want a deeper look into smartphone usage in 2021, consider the following outstanding statistics:

How Many Smartphones Are There?

Smartphones have been widely available since 2007, when Apple introduced the iPhone. Yet, in less than two decades, smartphones have become a dominant technology, even competing with desktop and laptop computers as a primary form of connecting with the internet. Aside from the general curiosity about the adoption of smartphone tech, knowing the number of smartphones in the world is useful to businesses because it helps them develop more appropriate products and services for mobile browsers.

Unfortunately, the task of counting the number of smartphone users in the world is a daunting one that can result in vastly different sums. One estimate from Statista suggests that in 2021, there are a total of 6.38 billion smartphone users around the world, which would mean that over 80 percent of the world’s population owns and uses a smartphone. Other estimates argue that a more accurate number is somewhere around 3 billion, which could account for users who have more than one smartphone active at one time.

According to Pew Research, in the U.S., over 97 percent of the population has a cellphone, and about 85 percent of Americans have smartphones — but those numbers shift when you look at different age groups. Research has found that essentially every American aged 49 and younger has a cellphone, and over 95 percent of people that age are smartphone users. In contrast, only 61 percent of Americans older than 65 have smartphones. Considering that smartphones are relatively recent innovations that require some tech literacy to use effectively, it makes sense that younger generations have adopted them wholeheartedly while seniors are happy with their simpler devices.

What Are Smartphones Used for? 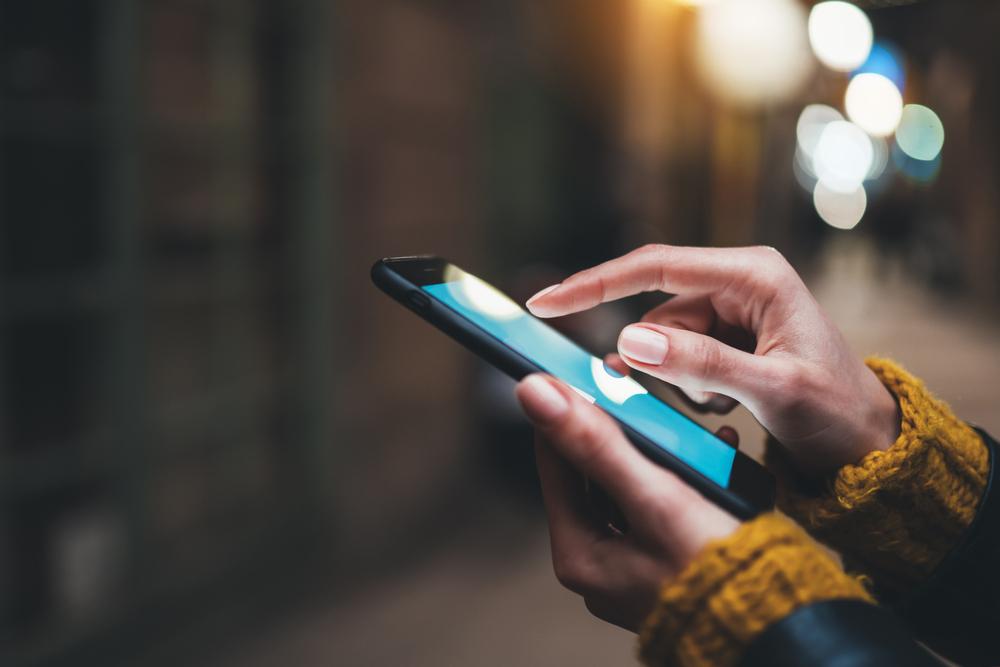 Initially, cell phones were merely a convenient and straightforward way to get a hold of people when they were away from home. Today, smartphones have so much more functionality, and their ability to make phone calls is almost inconsequential. But, given that smartphones can do so much, what are most people using them for?

Though marketing experts have long predicted the supremacy of mobile internet browsing, the truth is that most smartphone users prefer to use apps over their mobile internet browsers. In fact, for every minute spent surfing the web, users spend six minutes inside mobile apps. Far and away the most popular apps are those dedicated to helping smartphone users shop, but some other app-related activities include:

Additionally, smartphones provide functions that assist with everyday life. For example, 29 percent of users store payment information within the digital wallets of their smartphones, so they can make in-store purchases with greater convenience. The smart assistants on smartphones are also practical tools for helping about 30 percent of users manage their daily schedules and tasks.

Mobile cyberattacks have remained relatively rare for a few reasons: mobile networks tend to be well-protected; smartphone companies vet apps before they are available to users; and smartphone use was relatively minimal compared to traditional computing. Thus, cybercriminals could gain more benefit for less effort by continuing to attack traditional computing systems, and mobile devices were largely unaffected by malware developed for non-mobile tech.

The smartphone is such a staple of everyday life that it is hard to remember a time before we all had super-powerful computers in our pockets. Smartphones are some of the fastest-adopted technology ever produced, and learning about how they are used can help everyone maximize their effectiveness.

In this article:2021 Smartphone Statistics

Why Should You Have Auto Body Repair Tools In Your Car?