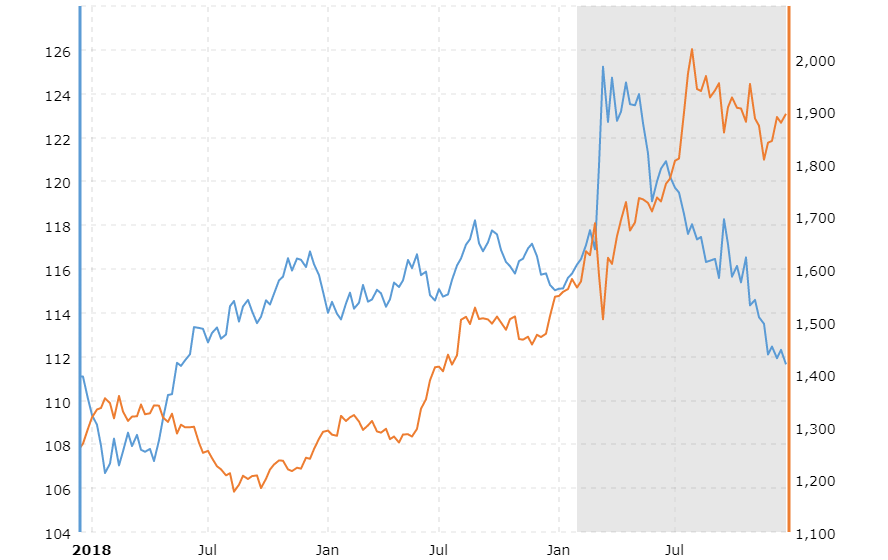 As inflation continues to climb, many people are left wondering whether the current economic situation will get worse before it gets better. And while nobody can know the answer for sure, it’s wise for the average investor to begin thinking about ways to hedge against inflation.

What is Inflation? (And Why Does it Matter)

Inflation is the financial term used to describe the gradual rise in prices and slow decline in purchasing power of money over time. It occurs when prices rise across the entire economy and money becomes, effectively, worth less in terms of its buying power. It’s why a movie ticket purchased in 1980 cost an average of $2.89, while a movie ticket purchased today costs more than $9.57. If you would have stuffed a $10 bill under your mattress back in 1980, it would buy two fewer movie tickets today than it would have 42 years ago.

“Though it can be frustrating to think about your dollars losing value, most economists consider a small amount of inflation a sign of a healthy economy,” Forbes Advisor explains. “A moderate inflation rate encourages you to spend or invest your money today, rather than stuff it under your mattress and watch its value diminish.”

Economies experience inflation ebbs and flows. Relatively speaking, the United States economy hasn’t experienced much inflation over the past decade. But 2022 has been different. Thanks to a confluence of factors, inflation has soared over the past year and prognosticators say there’s more in store.

3 Ways to Hedge Against Inflation

As an investor, inflation must be accounted for. If your average rate of return is less than the inflation rate over that same period, you’re losing money. For example, if the inflation rate is 10 percent over the course of a year, you need to earn at least 10 percent on your money just to break even (i.e. have the same purchasing power as you did the previous year). And you’ll need a minimum of 11 percent in order for there to be a positive impact.

For investors, it’s wise to think about ways to hedge against inflation. There are a couple of ways this can be done. The first is to find asset classes where your rate of return is higher than the inflation rate (as discussed in the previous paragraph). The second option is to find assets and investments that have a finite supply and are, therefore, more immune to inflationary effects than the dollar.

While it’s always wise to meet with a financial advisor to discuss the best financial strategy for you and your portfolio, here are some general ideas of various investments that are usually solid hedges against the effects of inflation:

Gold has long been considered a safe hedge against inflation. This is true for several reasons, including:

It’s not just gold, though. Other precious metals, like silver, are considered wise hedges against inflation. The same is true of natural gemstones and diamonds.

If you just look at it on a surface level, real estate and inflation don’t appear to be closely correlated. After all, inflation is all about consumer prices while housing is based more on demographic trends, moving patterns, construction, and supply. But if you take a long-term view of housing trends and inflation, you’ll notice they move in the same direction. This is because of wages and interest rates.

“Inflation often pushes up wages, which in turn increases budgets for renting and buying,” Bloomberg explains. “Inflation also often appears in low interest rate environments — like in the U.S. and parts of Europe now — where the cost of borrowing is cheap. That also increases demand for property.”

On average, housing prices have kept up with inflation over the past century. In most developed economies, it’s even beat inflation by two to three percent. This makes it one of the safest hedges against the devaluation of the dollar.

If you’re not in a place to invest in real estate, other alternatives exist, including real estate investment trusts (REITs) that allow you to buy shares in funds that hold income-producing real estate.

Another option is commercial real estate, which gives investors exposure in real estate outside of residential properties.

“It is quite possible that rampant inflation will send the value of commercial real estate higher and higher, rising at the same pace as inflation or an even faster pace,” Crown Commercial Property Management notes.

Inflation in the U.S. represents a great opportunity for investors to look at international investments that are not based on the U.S. dollar. This may include investments in Germany, China, Japan, Spain, Switzerland, or the U.K.

While most international economies are affected by the U.S. dollar and are, therefore, indirectly impacted by American inflation, they operate independently. Thus, having some international exposure in your portfolio is a good thing.

Fight Back Against Inflation

Don’t let inflation erode the value of your portfolio. By fighting back against what’s happening in the market today, you can put yourself in a position to have more spending power and economic opportunity tomorrow.

Whether it’s precious metals, commercial real estate, or even international investments, there are plenty of opportunities.