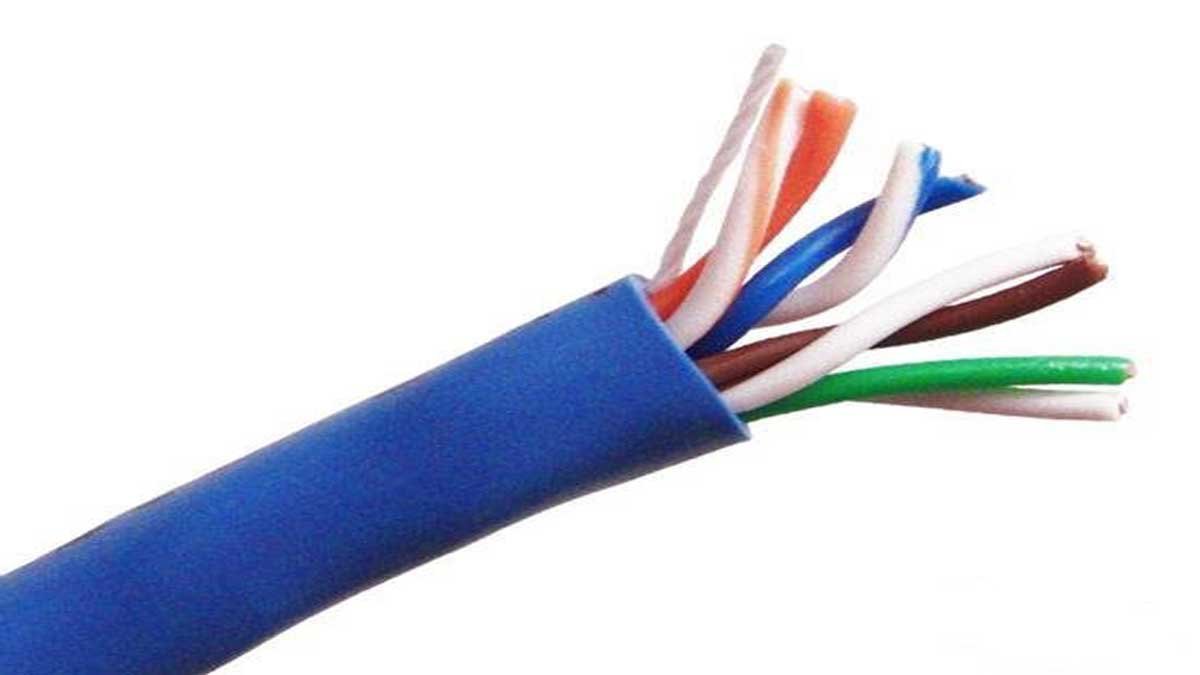 A plenum cable is an electric cable constructor between the plenum spaces of a building, such as the ceiling or under the floor. The cable has special insulation with low smoke and low flame properties. As a result, plenum rated cables have a high fire rating for commercial and home use.

On the other hand, non-plenum rated cables run through spaces with no air circulation. An example is the riser rated cables. Therefore, the fire rating is not as strict as plenum cables that use non-hazardous and low smoke materials.

Cat6 cable, also referred to as Cat6 Communication Multipurpose Cable (CMP), is the commercial-grade cable that applies to the UL1666 safety standard.

Contents hide
1 Different Cable Ratings
1.1 Where and When Can You Use Plenum Cables?
1.2 Why Use Cat6 Plenum Cables in Your Buildings?
2 To Sum It Up

When talking about plenum and non-plenum cable rating, it is not about the types of cables but the fire resistance properties of the outer cover of the cable. Cat6 plenum cables and Cat6 riser cables are both underwriter Laboratories (UL) which has a series of cables categorized into five classes according to their safety standards and user environments. Nevertheless, it is crucial to understand the different cable ratings.

So, someone might wonder, if Cat6 plenum cables and Cat6 riser cable serve the same purpose, why is the former more costly than the latter? First, the CMP is the most demanding in the UL fire protection with a safety standard of UL910. Cat6 CMP is suitable for installation into plenum spaces. The outer coat is made of polyvinyl chloride or fluorinated ethylene polymer. Its high resistance power makes it stand out from the rest. It hits higher strict standards than the latter.

Suppose you want to buy a plenum or riser cables; here are some acronyms you are likely to encounter;

Where and When Can You Use Plenum Cables?

Constructors install Cat6 Plenum cables in the plenum spaces such as the ceiling because there is a higher risk of fire progressing to these areas. Please note that you cannot use a riser or PVC rated cables for the same purpose as plenum rated as their fire resistance is lower. However, it is okay to use plenum cables in riser and open spaces.

Suppose you want to use Cat6 plenum for ethernet in areas with no EMI; choosing an unshielded and twisted pair of cables would be best, and the signal will be strong as usual. Besides, you will not need to put an extra protecting layer.

When installing a Cat6 plenum cable in an area with EMI, go for the shielded twisted pair cables as the risk of EMI is higher. An extra protection layer is necessary. Designers add an outer cover or shield to every four twisted pairs in STP ethernet cables. The aim is to eradicate interferences and ensure a reliable signal strength.

Why Use Cat6 Plenum Cables in Your Buildings?

There are several benefits of using Cat6 Plenum cables in your construction.

To Sum It Up

Both Cat6 plenum cables and Cat6 riser cables are flame retardant, only that the former meet higher safety standards. That is why professional constructors would advise opting for plenum cables in residential and commercial buildings.