The 1960s were a golden age for the NBA, producing some of the greatest players in the history of the sport. This decade saw the emergence of legends such as Bill Russell, Wilt Chamberlain, Oscar Robertson, and Jerry West, all of whom are considered among the greatest of all time. In this blog post, we will look back at the best NBA players of the 60s, highlighting their accomplishments and legacies.

During the decade, Chamberlain won two NBA Championships with the Philadelphia 76ers in 1967 and 1968. He was also an eight-time All-Star and four-time All-NBA First Team selection. His outstanding performance earned him a spot in the Basketball Hall of Fame in 1978.

Without question, Wilt Chamberlain was one of the greatest NBA players of the 1960s, and his legacy continues to live on to this day.

One of the greatest players in NBA history, Oscar Robertson had a legendary career in the 1960s. Nicknamed “The Big O”, he was one of the most versatile players ever to grace the court, excelling in all aspects of the game.

From 1960 to 1969, Robertson played for the Cincinnati Royals and the Milwaukee Bucks. During this time, he earned an incredible twelve consecutive All-Star appearances and also led the league in assists on five separate occasions. His career-high averages in points, rebounds, assists and steals still stand today as some of the best numbers ever recorded by a single player.

What made Robertson truly special was his ability to do it all on the court. He was adept at making plays for his teammates, dishing out passes and leading fast breaks. He could also score from virtually any position and was a tenacious rebounder and defender. In his career, he posted averages of 25.7 points, 9.5 assists, 7.5 rebounds and 1.1 steals per game – remarkable numbers for the time.

In 1964, Robertson became the first player ever to average a triple-double throughout the entire season, with 30.8 points, 12.5 assists and 11.4 rebounds per game. He also won an MVP award that year, cementing his legacy as one of the greatest players of all time. His tremendous contributions to the game earned him a spot in the Hall of Fame in 1980.

Widely considered to be one of the greatest players in NBA history, Jerry West made his mark in the 1960s with the Los Angeles Lakers. He was a 14-time All-Star, six-time All-NBA First Team member, and led the Lakers to an NBA championship in 1972.

As per The News Titan West began his professional career in 1960, being selected by the Lakers with the second overall pick. In his first season, West earned Rookie of the Year honors and established himself as a star. During the 1960s, West put up impressive numbers, leading the league in points per game during the 1965–1966 season and finishing with averages of 27.0 points and 7.3 assists per game for the decade. He also led the Lakers to nine consecutive Finals appearances from 1962–1970 and is one of only two players to ever win a Finals MVP award on a losing team (the other being LeBron James).

Off the court, West was respected for his gentlemanly demeanor and leadership. He was an integral part of the team’s success, even after retiring in 1974. His nickname “Mr. Clutch” is still used today to refer to players who make big plays in big moments. Jerry West is one of the greatest players of the 1960s, and his legacy still lives on today.

Bill Russell is widely considered to be one of the greatest NBA players of all time, and his impact on the game of basketball is unmatched. In the 1960s, he was undoubtedly one of the best players in the league, leading the Boston Celtics to 11 championships during his 13-year career.

A 6-foot-9 center from San Francisco, Russell was a five-time MVP and a 12-time All-Star. He also won two NCAA championships with the University of San Francisco in 1955 and 1956.

Russell was an exceptional defensive player, renowned for his ability to block shots and alter them with his length and timing. He was an excellent rebounder as well, averaging 22.5 rebounds per game throughout his career.

Offensively, Russell was unselfish and an excellent passer, often setting up his teammates for easy baskets. He was also a leader on the court, always pushing his teammates to give their best effort on both ends of the court.

In addition to his tremendous talent, Russell was a vocal advocate for civil rights during his playing days, taking part in protests against segregation and racial discrimination. This made him even more of an iconic figure in the history of basketball.

Bill Russell will forever be remembered as one of the most influential players in the history of the NBA, and his legacy continues to inspire future generations of basketball stars. 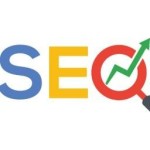