There’s a good reason that many of us are afraid of confined spaces. We often call it “claustrophobia,” and it’s typically an irrational response to a small, enclosed space.

At the same time, there are numerous threats that exist within confined spaces, making it very important to understand different risk factors and how to identify them.

We’re going to take a look at confined space hazards today, giving you some insight into what they are and why they’re dangerous. Hopefully, the ideas below will improve your safety protocols and keep you free from harm.

A confined space is an area that is mostly enclosed and poses a significant chance of injury or harm. Note that the definition narrows when we’re looking at confined spaces for worksites or other professional applications.

You could call a football stadium a confined space in everyday language, but our discussion pertains more to small rooms, crawlspaces, or crevices, and other dangerous environments that you might come across on a project.

A characteristic of these spaces is that they have limited points of entry or exit. If there are small exits that aren’t created for human use, the confined space remains dangerous.

Take, for example, a silo with numerous drains that run out of it. You might be able to fit through one of the larger drains, but doing so would keep you in a dangerous environment.

The first thing to watch out for when you’re dealing with a confined space is a lack of oxygen.

Areas that might seem full of oxygen could be depleted by different materials within those spaces. For example, timber cargo can deplete oxygen levels by nearly 100 percent. Oxygen reacts with different things to produce different gasses.

This is particularly true for areas that aren’t ventilated, hold cargo, and are left unattended for long periods of time. Those gasses are a significant risk as well.

Some reactions produce harmless gasses that aren’t ideal but are tolerable by humans. Other reactions are deadly to humans. Dust is another risk factor to your respiratory system if you’re in a confined space for an extended period of time.

The presence of gasses makes confined spaces optimal places for explosions. The risk accelerates if the structure is crumbling or you have fuel-based equipment on you.

Any confined space training expert will tell you that the overlying risk in these spaces is a lack of access. In other words, you got in, but it’s hard for you to get out.

It’s also hard for people to bring safety devices to rescue you as well.

Hopefully, the ideas above will help you to properly identify confined space hazards in the future. There’s a lot more to learn about how to stay safe in these environments.

We’re here to help. Explore our site for more safety tips and for additional great content.

In this article:confined space hazards 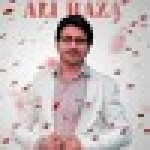