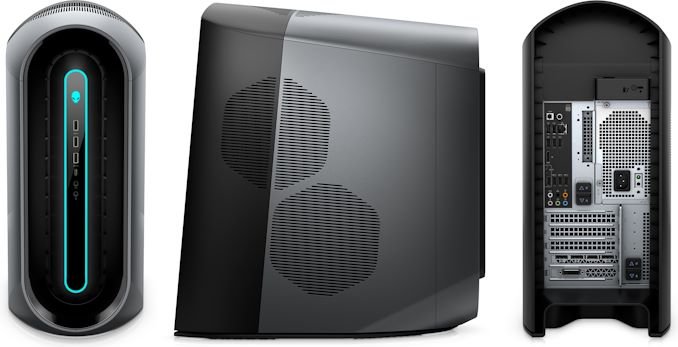 Alienware Aurora 2019 R9 is a futuristic themed gaming computer that’ll make you look cool by its looks and amaze you with its performance.

Are you looking to buy an Alienware Aurora 2019 R9 – the Sci-Fi-Themed Pre-build Gaming Pc from Alienware? You’ve come to the right place!

With their new gaming PC series, the Aurora, Alienware has finally set foot into the PC-gaming world. Previously, the computer manufacturer focused on business computers and gaming laptops.

The Aurora Series is inspired by their successful laptop series, the “Legend.”

In this article, we will review the Alienware Aurora R9, its specs, features, and much more! So stay tuned!

Dell Alienware has been dominating the gaming computers and laptops industry for a while now. Previously, the gamers didn’t like the idea of gaming laptops due to heat issues, thermal throttling, and performance downgrades.

Dell solved this problem by introducing the Alienware series in 2009 by releasing Alienware M17x.

Look at this laptop? At a first look, you’d never like this laptop, but when you come to know that it’s portable, solves heating issues, and lets you enjoy your favorite games, you’d buy it.

Just like that, Alienware has been improving and expanding its horizon. This time we’ll shed some light on the 2019 Alienware Aurora R9.

Alienware Aurora R9 2019 came with a fresh new design that looks out of this world. The design was taken from its laptop series “Legend,” which took over the internet.

When it came out in 2019, the Alienware Aurora R9 was listed at $970. The gaming beast was packed with all new features and the best hardware. At the time, the gaming community was against pre-built gaming PCs because they were expensive, and the hardware components weren’t the latest.

The Alienware Aurors R9 2019 solved this problem. At $970, it was the best deal of that time, let alone its futuristic design.

Before we talk about the specs, let’s take a moment to appreciate this mesmerizing PC design.

The Alienware Aurora R9 2019 is packed with the latest hardware components. The technical specs are listed below:

The Aurora R9 comes with Windows 10 pre-installed, so you don’t have to worry about getting a Windows activation key. The PC is also DirectX 12 supported.

We know that the Alienware Aurora is designed to be sleek and thin, but still, it supports upgrades. You can upgrade any part of your choice, whether RAM, CPU, or even GPU. The design also supports liquid cooling CPUs.

The Aurora 2019 isn’t one of those models that you once buy and can’t upgrade later. We’re saying that is due to the desktop’s thin and sleek design. Even though the PC is built to look elegant and slim, you can still upgrade its parts.

According to Dell.com, you can choose whatever RAM speed and memory you want for your PC. The RAM speed ranges between 2666 MHz, 2933 Mhz, or 3200 MHz. When it comes to RAM Memory, you can choose between 8 to 64 GB of DDR4 High-Speed memory.

When it comes to Storage Space, Alienware Aurora R9 2019 lets you not worry about that. You can upgrade the storage capacity up to 4 TB.

The Alienware Aurora R9 2019 is a Sci-Fi-Styled Powerhouse. As you can see in the picture above, the PC is thin, sleek, and does all and beyond.

This aesthetic-looking PC will take less space and give your desk a sleek, modern look. The Aurora R9 is 18.9 x 8.77 x 17 inches when it comes to its dimensions.

When you look at the right side of this desktop, you notice the brand logo lighting up in the rear corner.

Alienware has got you back if you want to tweak the RGB LED lights. With the new and feature-packed AlienFX software, you can customize the lighting patterns of your Alienware Aurora. The software supports 16.8 million colors and total RGB values.

Do keep in mind that you need to pay more to get the lighting option as the Alienware text lighting is only available in the Lunar White color of this model, which is priced a little higher than the base model.

The Aurora R9 is a PC packed with all the latest hardware components. When you open the side door, you get surprised by how well the PC is built from the inside.

However, some would say that the design could be a little better. Considering how small and thin the desktop is built, it was the only way to make the desktop. In our opinion, you should not worry about the interior as the desktop is supposed to give a Sci-Fi look and perform well, which it does.

Unfortunately, there is no optional window which could be a good addition. The good thing about this small desktop design is that the power supply can easily be pulled out, revealing everything beneath it.

With the new and improved Alienware Command Center, you have complete control over overclocking and fan speeds. You can tweak the command center to be gaming-friendly (when you’re gaming)

With the Thermal Control feature, you can control the desktop’s rare and top vents. The Command Center will let you control the airflow at will. If you’re gaming and want the fans to cool the PC faster, you can enable the gaming mode or make a customized profile.

Our Verdict (Buy This Futuristic Rig)

When it comes to making the final decision, we’d say go for it. With its state-of-the-art exterior and cutting-edge technology, the Alienware Aurora R9 2019 will beat any other at this price range. If you’re a gaming enthusiast who has an RGB room, keyboard, and even mouse, this desktop will be a perfect addition to your room.

Additionally, the Aurora R9 has all the latest specs available. Though it has options for customizations and upgrades, we don’t think you’ll be needing those anytime soon, thanks to its base model packing the latest hardware and software.

How To Install The Github Snake Mod Menu For Google Snake Game? A Complete Guide And Much More